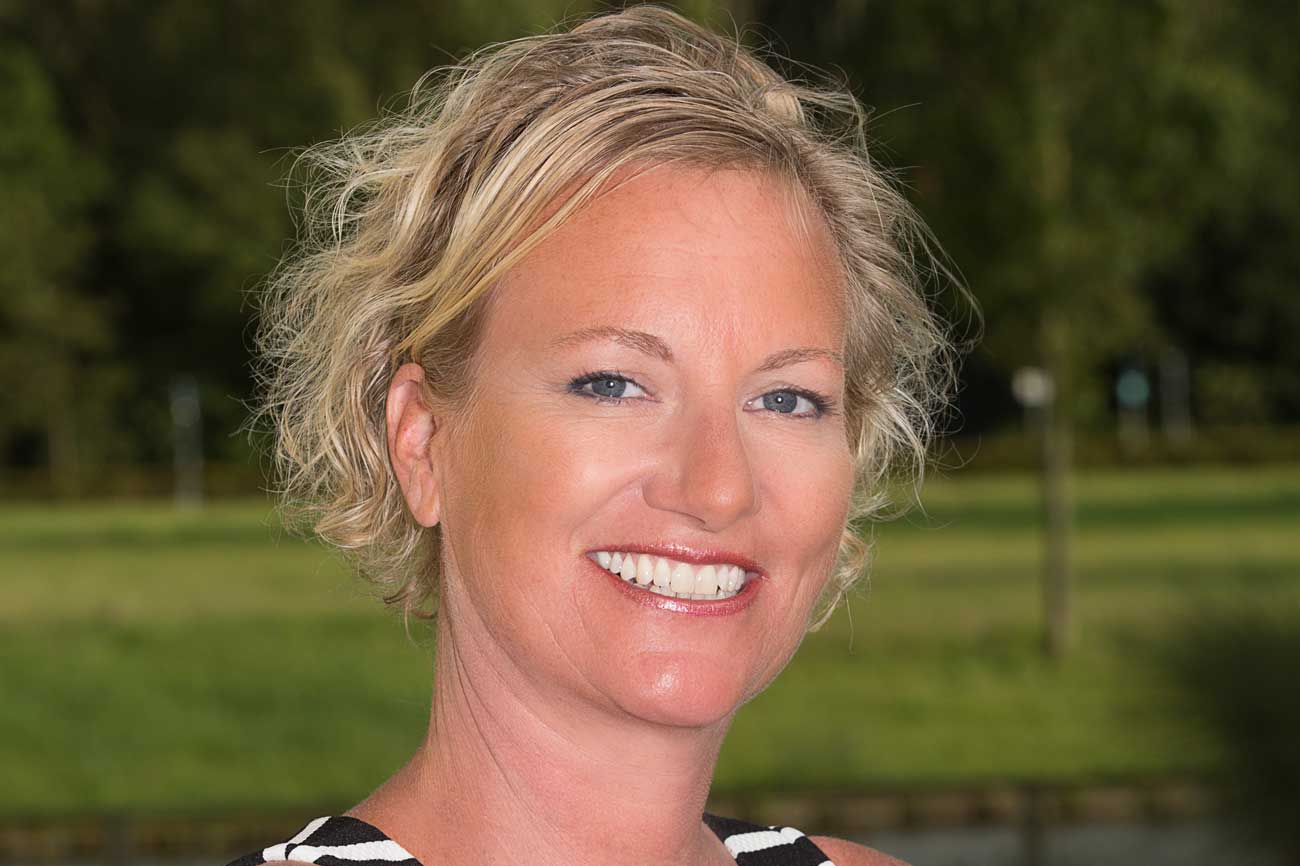 home » About us » Implantologist Edith Groenendijk

Edith Groenendijk has a Master of Science Degree in Oral Implantology and is since 2001 Chef de Clinique in her referral clinic in The Hague, The Netherlands. She has special interest in tooth replacement in the esthetic region. Together with collegue Tristan Staas she developed a protocol for immediate tooth replacement in the esthetic region and is working conform this protocol since 2007. In cooperation with Prof. Dr. Gerry Raghoebar, Prof. Dr. Gert Meijer and Tristan Staas, Edith Groenendijk will start a prospective multicenter study in 2014.

Edith Groenendijk MSc, Drs. (1965) graduated from the School of Dentistry at the Catholic University of Nijmegen in 1989. From that moment she has worked as a general restorative dentist in several offices and from 1992 in her own office. At that time she focused specifically on periodontal treatments and complete dental rehabilitations. Because she was unable to adequately serve her patients using the available prosthetic dentistry she began a post-graduate course in Oral Implantology at the Academic Centre for Dentistry in Amsterdam (ACTA) in 1998. In 2000 she obtained a Master of Science degree in Oral Implantology. At that moment she opened a referral clinic in Oral Implantology in The Hague.

In 2001 she became a NVOI (Dutch Association for Oral Implantology) certified Implantologist. In addition to her work in practice, Edith Groenendijk is also a member of several scientific associations, she has published scientific articles and she delivers courses in the Netherlands and abroad.

The practice is located at Stadhouderslaan 12.
Right around the corner, Danckertsstraat number 2, you find the patient entrance.

Public transport
Our practice can be reached by tram line 16 and bus line 24. Get off at the Groot Hertoginnenlaan.